I have wonderful parents!  They taught my brother and I that we could do and be whatever and whoever we wanted with this caveat--enjoy "whatever" it is we are doing and do "whatever" to the best of our abilities and with pride.  My brother and I took them at their word, literally.

"Some boys are really dumb!"  The last time I said that, I had just heard the "let's be friends" talk from a boy I really, really liked when I was in high school.  We both played sports, excelling well.  Unfortunately, I could shoot free throws better than he could, and while we never competed against one another, his friends razzed him about it.  Now, he could dunk a basketball, which at 4' 10" the only thing I was dunking was a donut, but it didn't matter; he dumped me.

Today, I went to Ennis to fish Old Lake to try to continue to add to my species list for the Bret's TX Fishes contest, and to celebrate Mom's 72nd birthday enjoying a really beautiful day.  I brought my waders and float tube.  A guy was out fishing in his paddle boat, and four others were fishing from two mini Bass Boats.  One guy from one of the Bass Boats just chortled loudly at me.  His buddy asked me if I thought I was going to catch fish.  I shouldn't be surprised at their stupidity, because this happens a lot when I fish by myself.

There is a little island that typically is productive.  Once I put in, I headed toward the island, but the paddle boat guy, and one of the Bass Boats decided I could only fish the west end.  So I looked at my surroundings, applied what I knew about fish, and kicked far, far away from the very dumb boys.  One of the Bass Boat group left, but he returned a couple of hours later with a different buddy.  The guy kept saying, "Just give me my worm; that's all I need to catch bass is my worm."  They did pay attention to where I had been, because as I was getting out, they headed to where I fished.  I watched them for awhile, and they did catch one Largemouth Bass.  As for me, I don't know silly boys, can this girl catch fish? 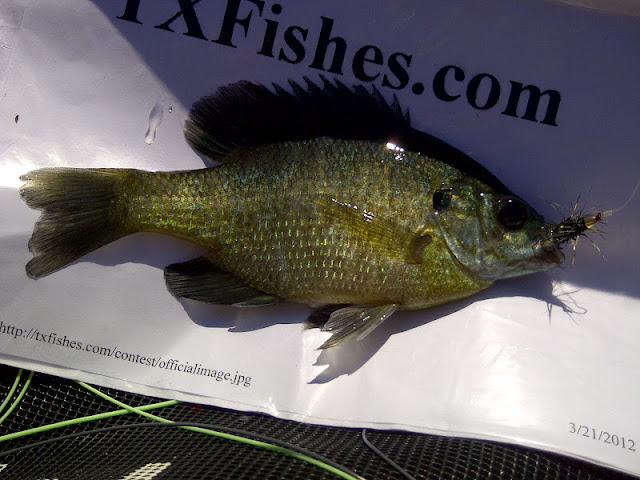 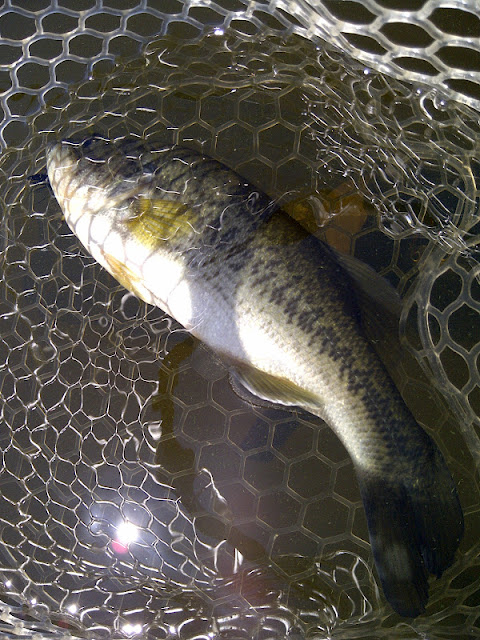 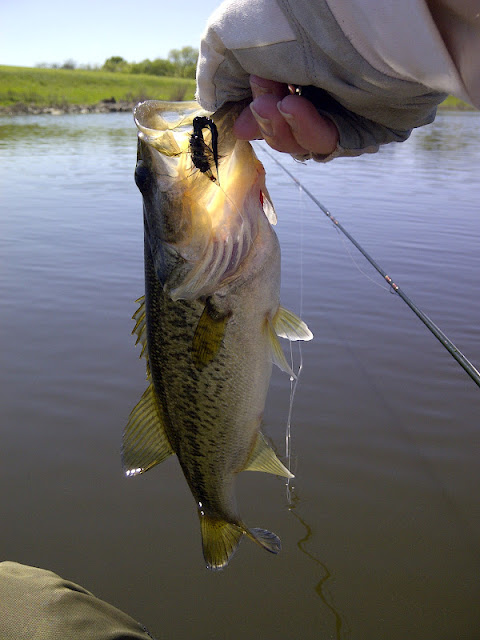 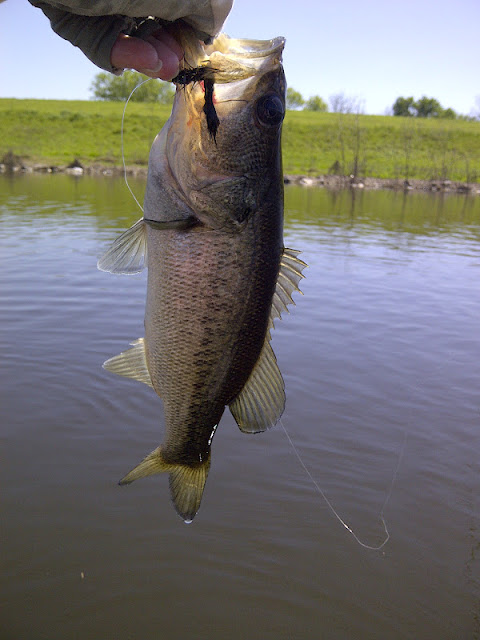 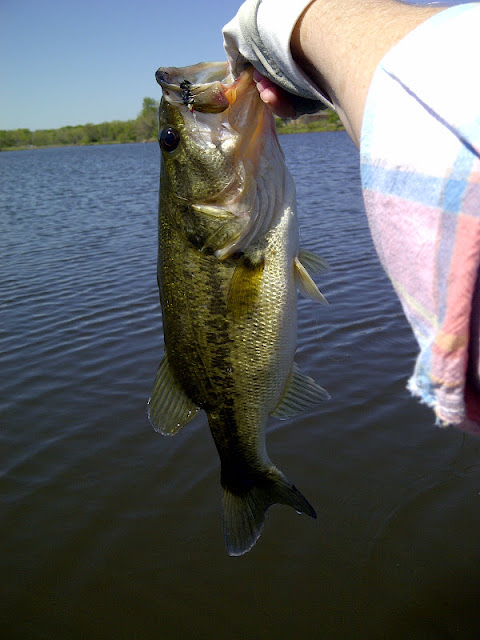 The day's totals--caught seven, netted five, all on a fly rod!

Posted by flyfshrgrl at 5:45 PM