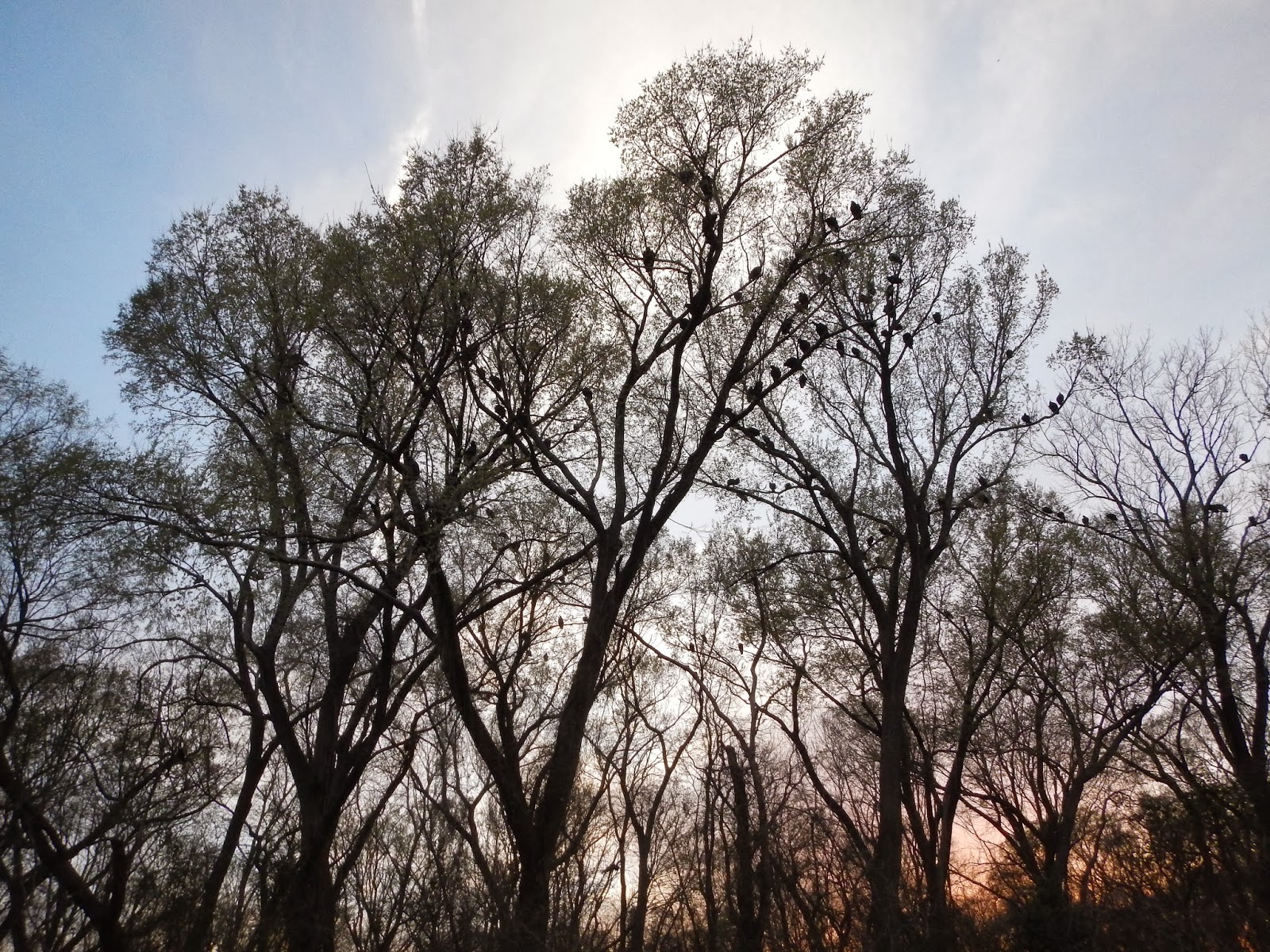 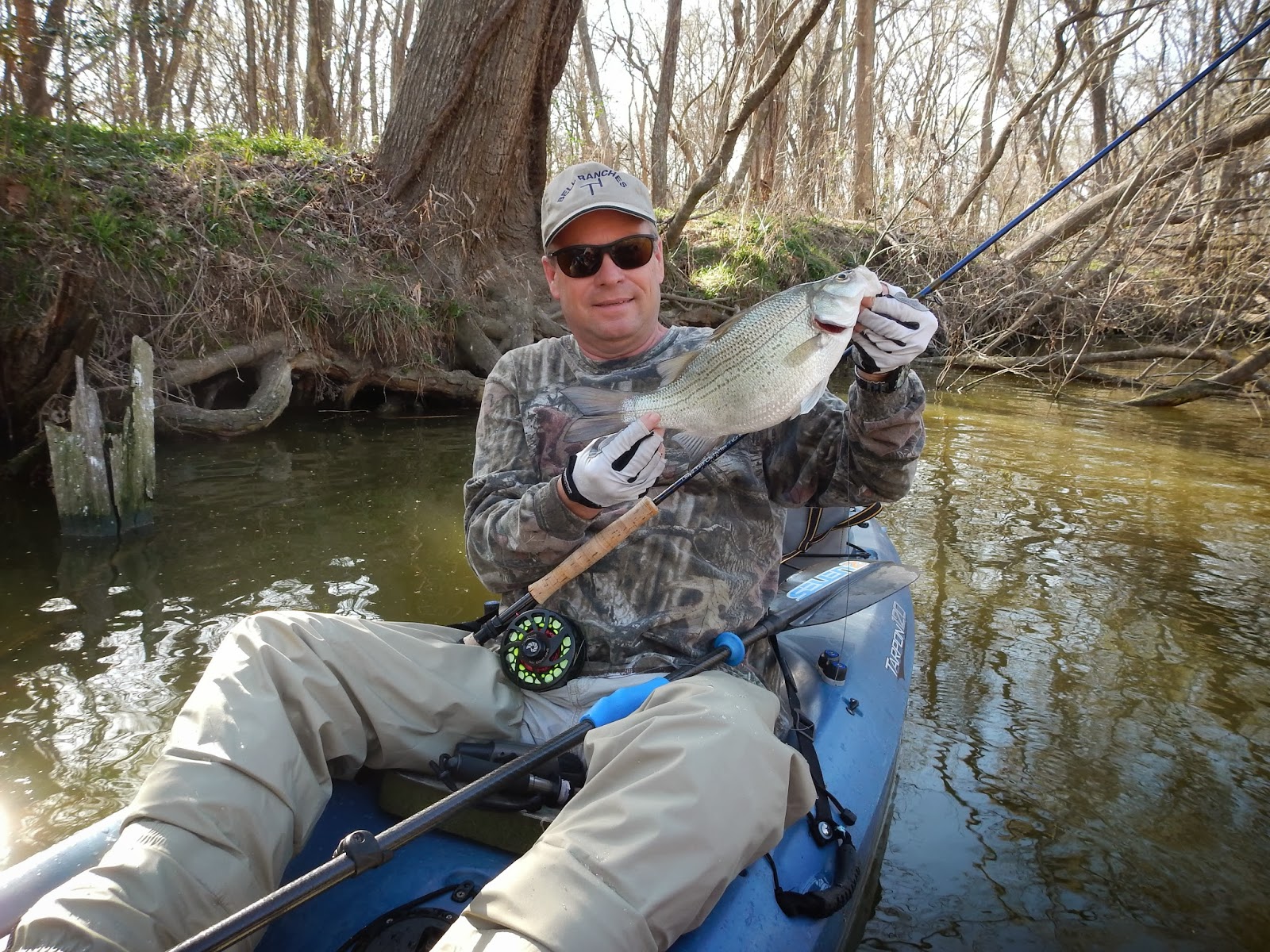 I hope the Gator Bait gets slimed and a story of numerous fish follows!
Posted by flyfshrgrl at 11:14 PM 1 comment:

TPWD stocks Rainbow Trout throughout the state during the winter months.  Fortunately, one of my favorite places receives an annual stocking the last weekend in January, and Cody and I are usually at the park one week day afternoon immediately after their Trout Derby.  Thanks to Old Man Winter and his freezing cold temperatures or high winds, Cody and I did not make it to Lake Springfield until today.  What a blast we had, after about 30 minutes on the water. 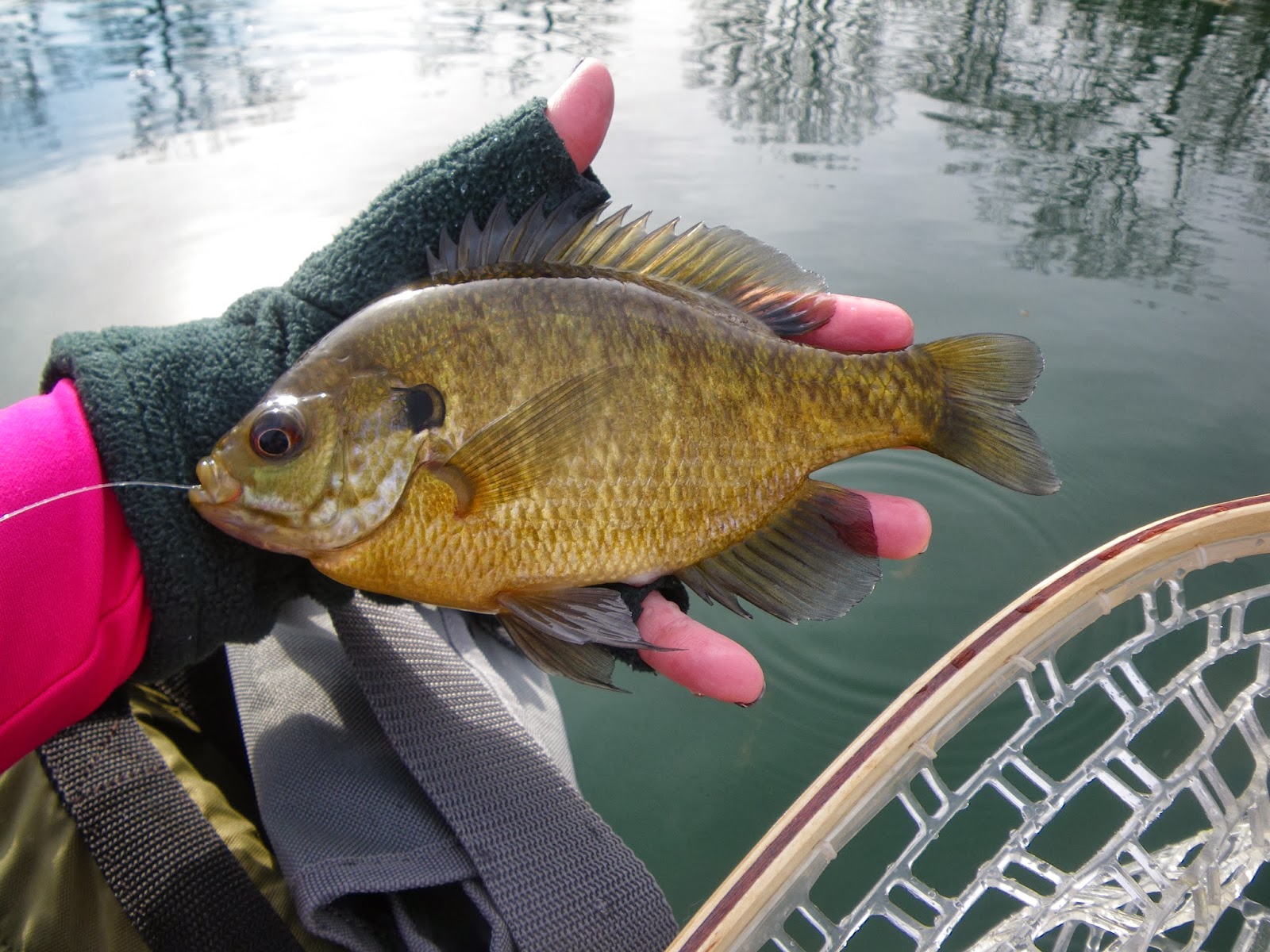 We each started our catches-of-the-day with Redbreast Sunfish.  I snapped a photo of mine; Cody called "Fish on!" and I paddled over to him to snap a photo of his dinner-plate size Redbreast.  I took out the camera, knocked my hand while pulling the camera out, and promptly dropped it.  While waterproof, it's not sink-proof.  Cody doesn't yell, scream, or throw temper fits, but he does have a look of disbelief that can not be mistaken for anything but being upset.

Cody unhooked both our fish, and we began comtemplating what to do, when I spied the camera. Lake Springfield was about 9 feet deep where we were, and since the water temps were cold, the water was quite clear.  Cody spied the camera, too.  I knew I could swim down and get it, but that meant stripping off the warm water layers, and, well, getting really cold.  I would have done it, especially since it was Cody's camera, but he said we'll think of other options first.

About then, Everett, the park's camp host whom I had met about a month ago when I took the kayak on its maiden voyage, called from the shore asking if anyone had lost their phone.  I had put my phone in a waterproof pouch and put the pouch in my front pocket, which fell out when I loaded everything up at the parking lot.  Cody paddled over to get my phone and talked with Everett about getting a long pole, when I had an idea.  Everett went to go get some materials to mimic a swimming pool cleaning net; meanwhile, I reeled in my line, removed and stowed my reel, removed the tip section, wrapped my fishing net with the very long, stretchy tether rope around my rod, slowly submerged it, and just like cleaning debris from a pool bottom, slowly scooped that camera into the net.  Boy, was I ever glad to have had my TFO 5# with me!   I hollered to Cody that I had the camera, re-rigged, and we fished. 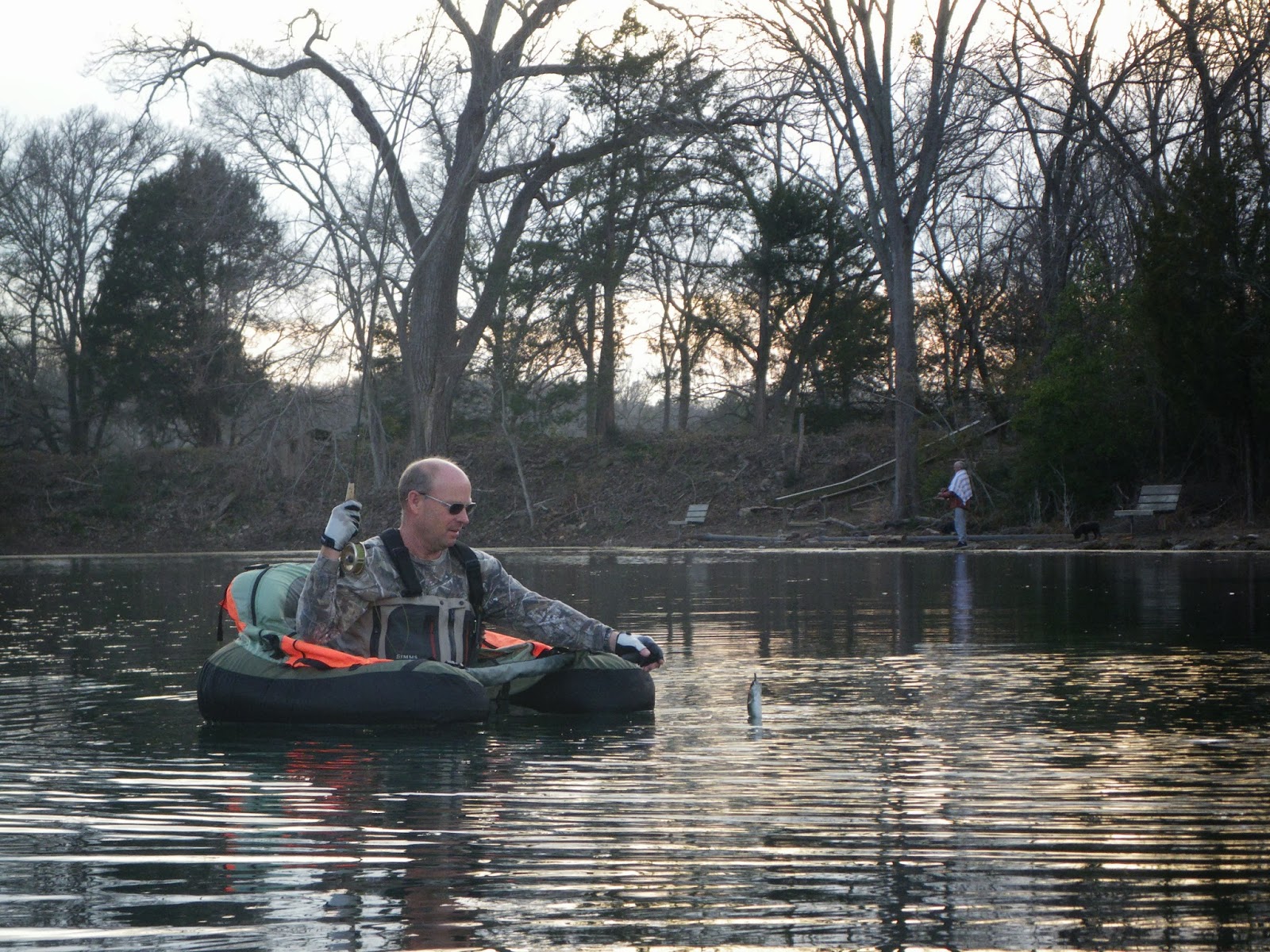 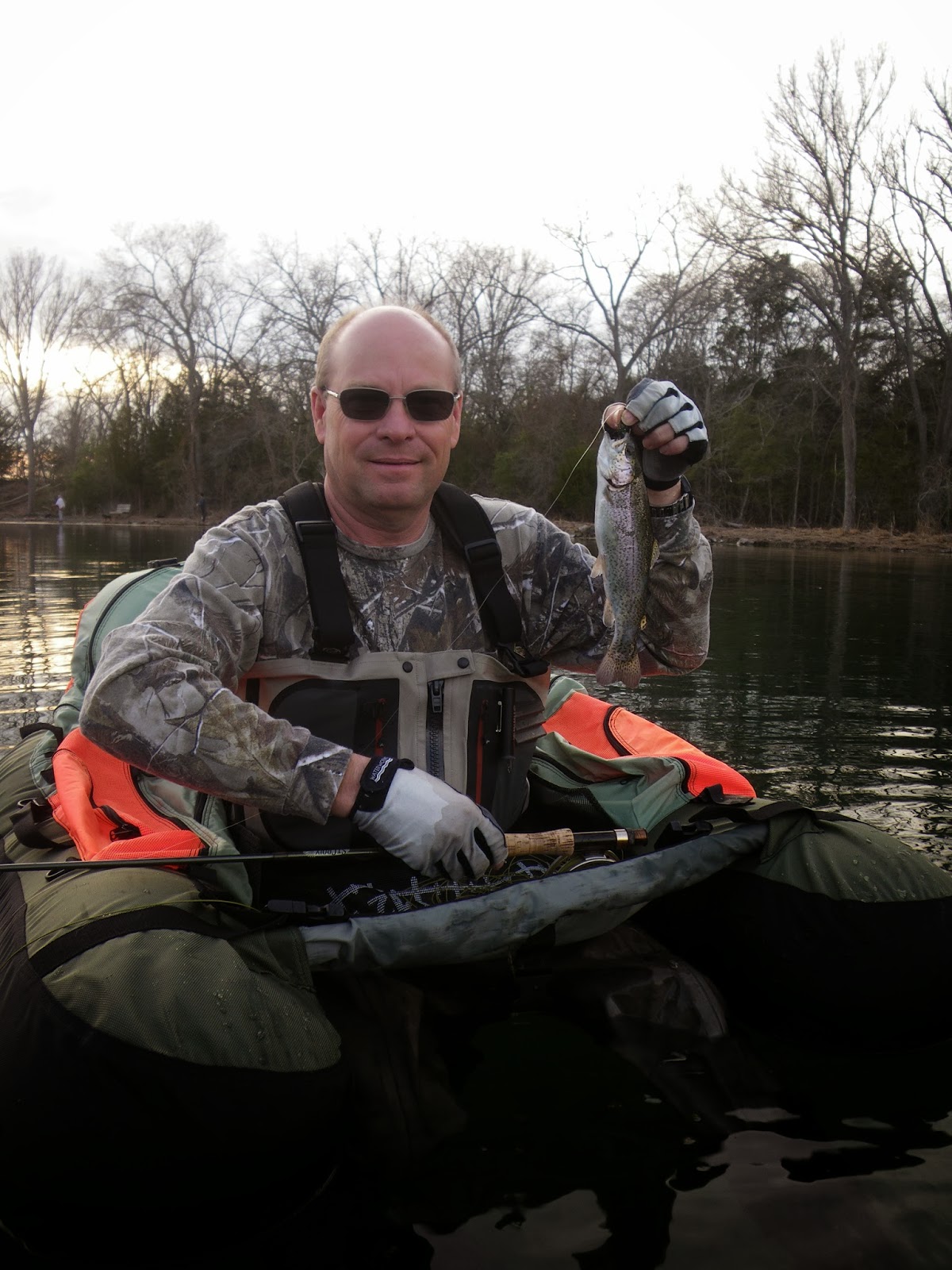 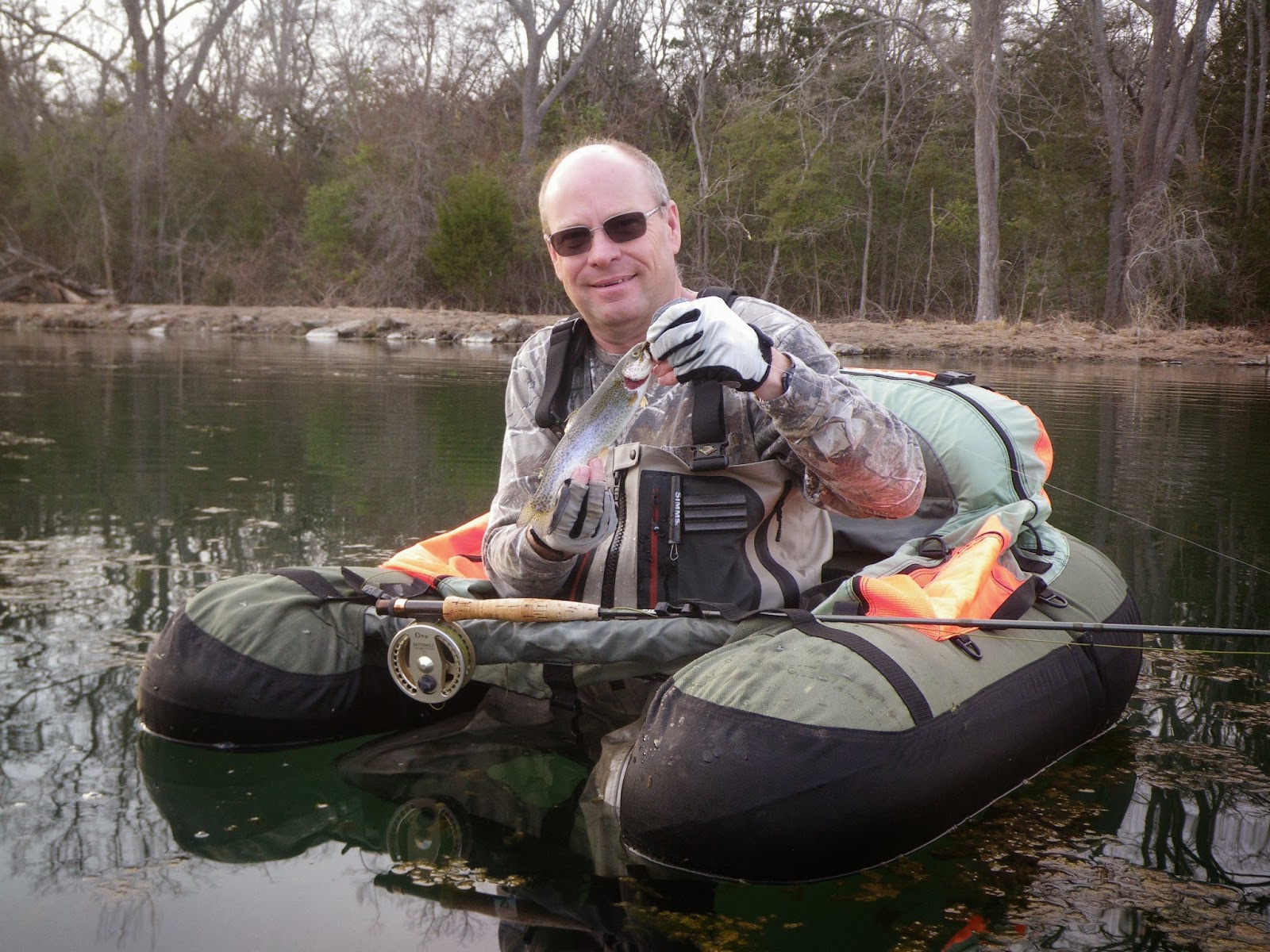 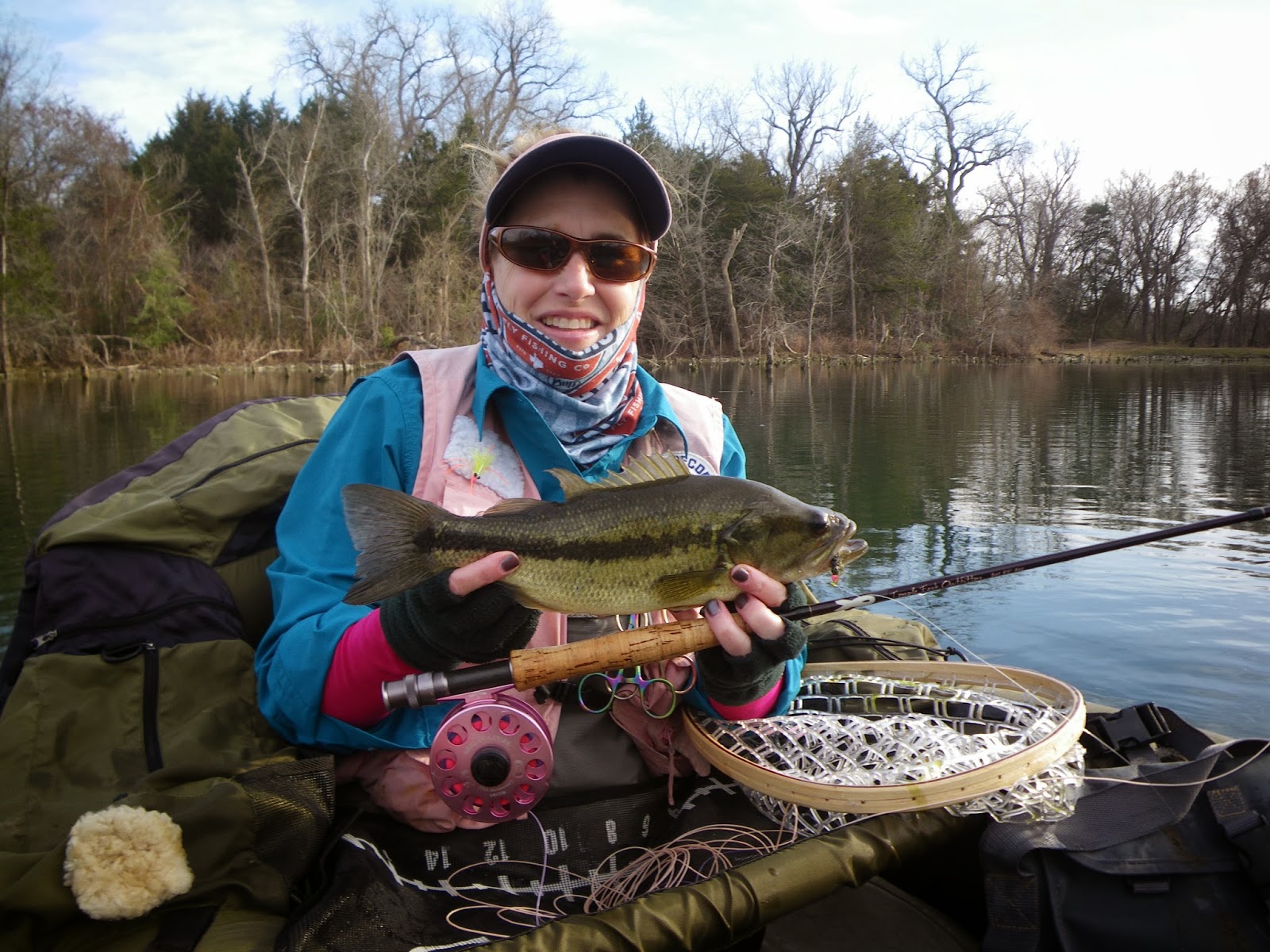 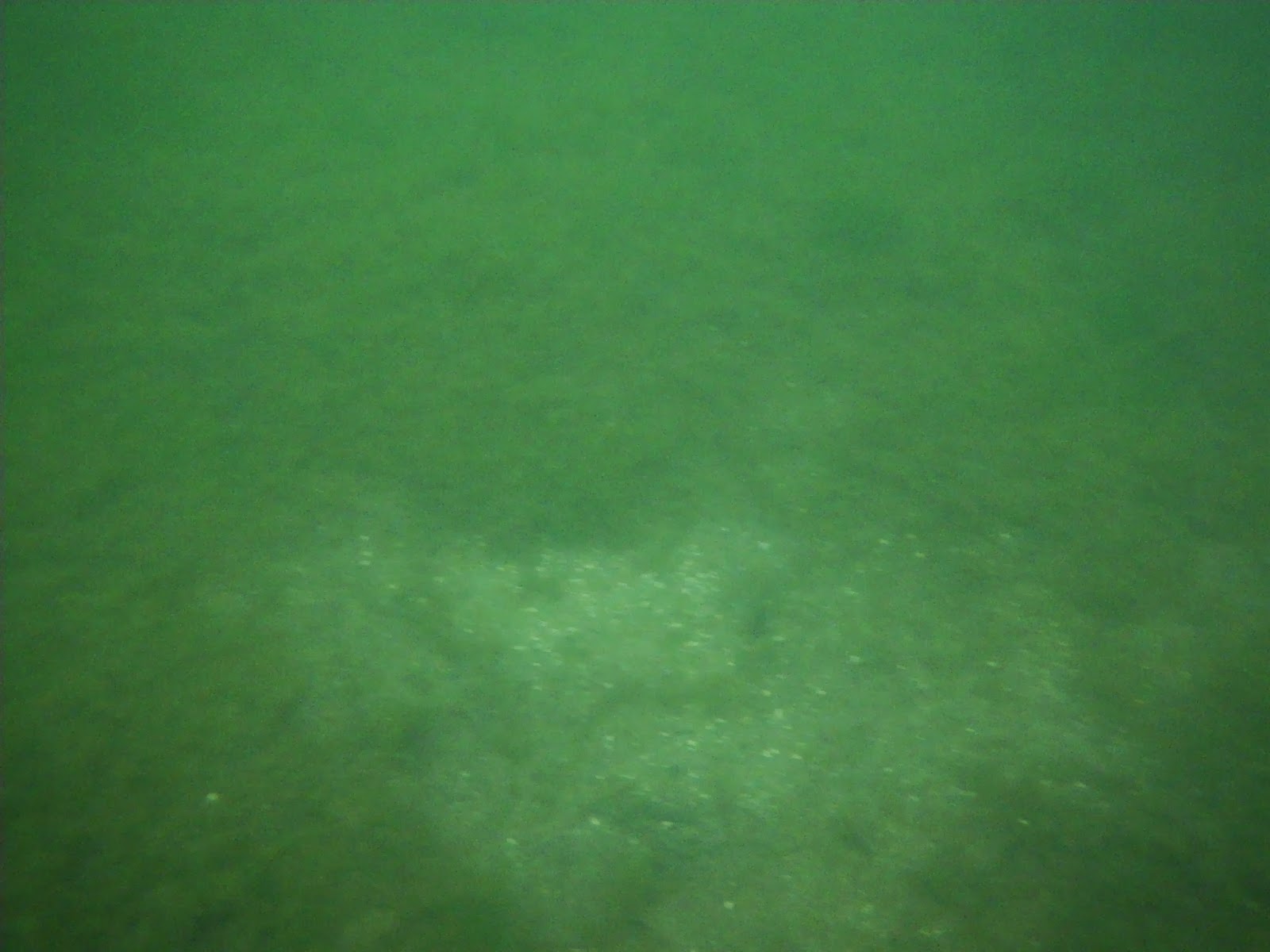 Cody recorded a three species day, Redbreast Sunfish, Largemouth Bass, and Rainbow Trout, while I had a two species day, no trout, but I was very proud of my first Largemouth Bass of 2014. We paddled all over the 5-acre lake, and I believe I spotted beds.  No fish were on the beds, but I was catching Redbreasts within 15 - 20 feet from them, some with the beginnings of spawning colors.  Cody thought due to the beds' size, they might be Largemouth beds.  Either way, especially with the recent cold temperatures, I was pleasantly surprised to see them.

Year-after-year, we enjoy Fort Parker for its beautiful scenery, many recreational activities, and its wonderful and kind park staff, and today was another splendid day well spent in one of Texas' crown jewels! 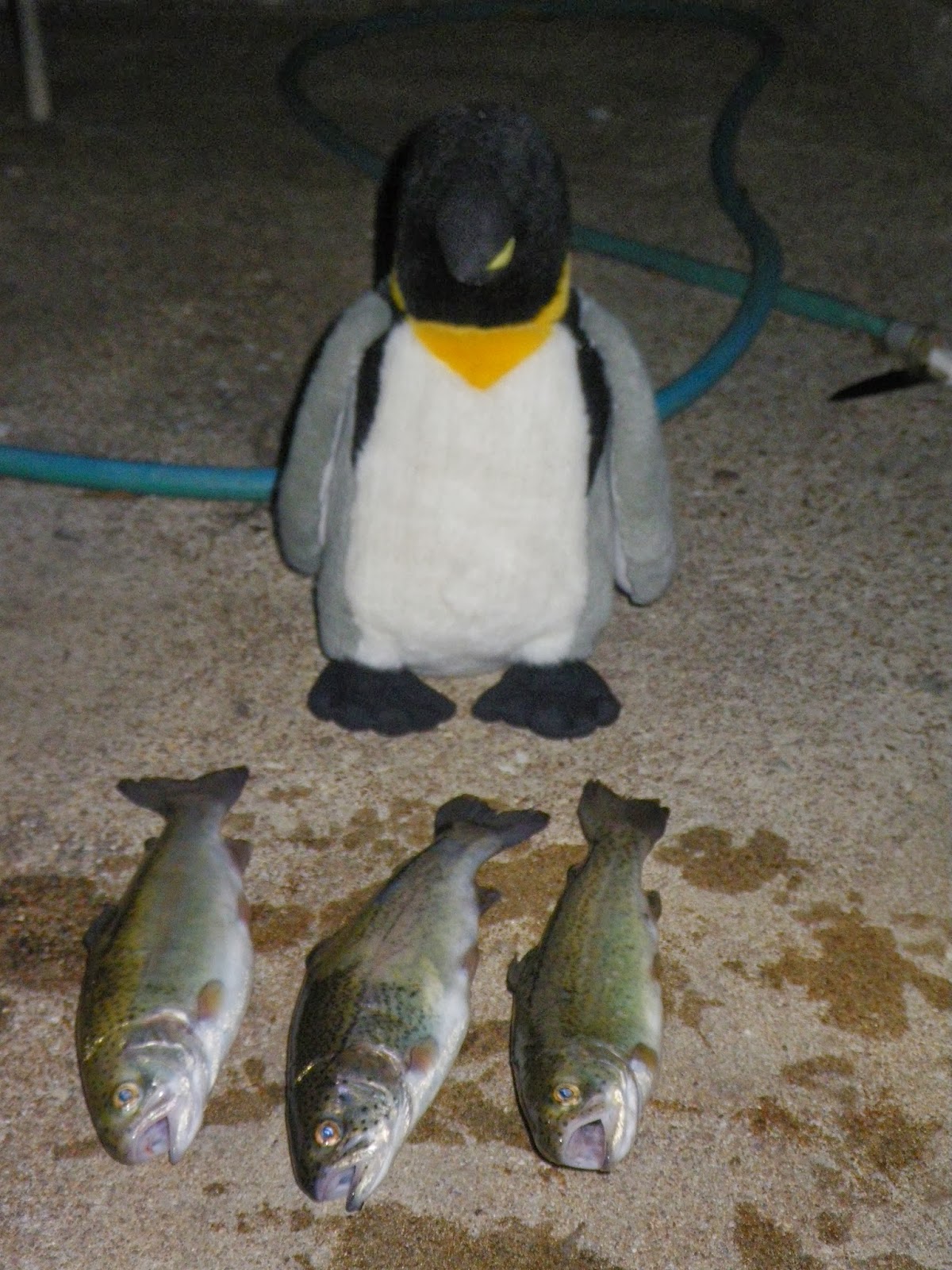