The Girls are running up the Nolan River!  Now getting to them is going to take some walking or boating. With the rains earlier in the week, the Nolan River is even higher than it was 10 days ago, and according to several fisherman lining the shore, today's water level was a foot lower than yesterday's level!

This time, we took the Mitzi, but the difficult part was finding a place to launch her. We went to Nolan River Park, and besides a beautiful drive overlooking the plateaus to the west and the gorgeous Bluebonnets, it is a waste of time.  Once at the so-called boat launch, there is not much room to maneuver, it is partially submerged under water, and the likelihood that the good 'ole boys block you in is great.  ACOE, not that it is the institution it was during Robert E. Lee's day, poorly maintains the place, if maintains is even the right word.  Just don't go there; it is a ratty, little place.  The Kimball Bend Park boat launch road is under water, so it is closed.  In between the road that leads to Nolan River Park and Kimball Bend Park is Chisholm Trail Park, really about 1/2 mile from the Nolan Bend Park Road.  They have a decent boat launch, but the put-in is farther north than Kimball Bend by at least two miles, and it is on the Brazos River side.  By the time we navigated through the abundance of driftwood and avoided the once-shoreline trees that are now submerged and part of the riverbed, we had boated 11 miles to reach just north of Rock Creek, which is the creek running through Adair Springs Park.  It was worth it, though.

We found the Fat Girls, nice roe-filled she-White Bass, and they are some hungry mamas-to-be!  We could have driven to Adair Springs, parked, and hiked the two to two-and-a-half mile trek north to where they are feeding and bedding, provided they aren't being caught and hauled out, but the boat ride was really pleasant.  Plus, if we had arrived earlier, we could have fished for the abundance of B-I-G Gar, one was four feet long, hanging around near the extremely wide Nolan-Brazos River confluence, and the short, but fat Common Carp.  It was a fun afternoon with warm, cloudless skies, no wind, fun fish on the fly (White Clouser), and an ever-changing riverbed. 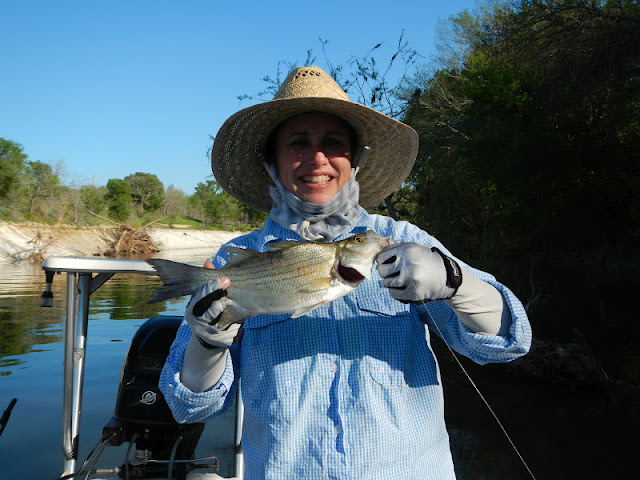 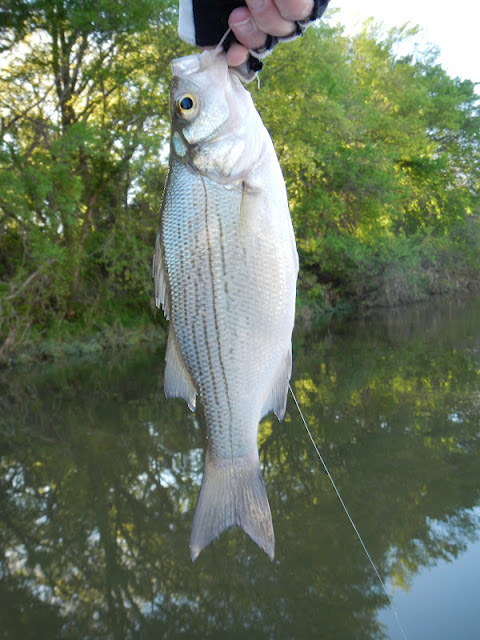 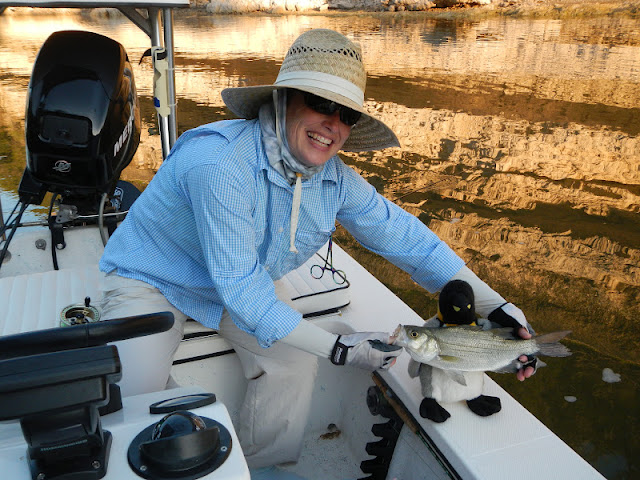 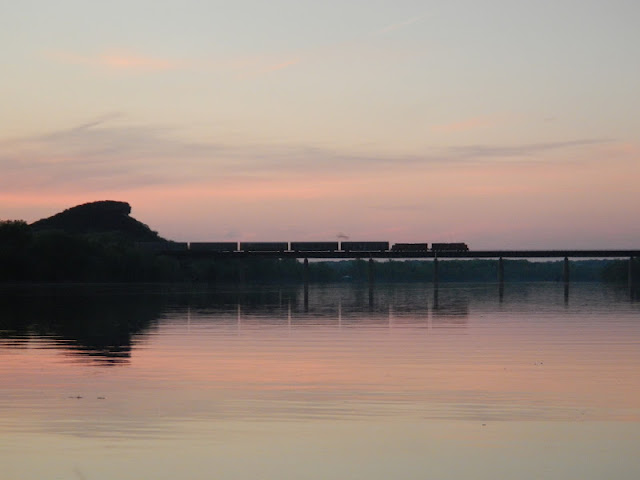