NOTICE
Aircraft Landing & Taking Off from Lake Amistad
"The Martin Mars, a water air tanker, will be operating at Lake Amistad in support of wildfire suppression efforts. It will be taking off, landing, and will be moored in the Castle Canyon cove. For your safety, as well as the safety of the air tanker's crew, the cove north of Castle Canyon buoy D is closed to all boaters while the tanker is at Amistad.

The tanker will be scooping water for firefighting efforts on the Mexican side of Lake Amistad. It is supported by a Sikorsky helicopter. If you see the tanker or helicopter approaching you, move towards the nearest shoreline within a safe distance and stop your vessel. Once the tanker has safely landed or taken-off, you may then resume activity. Stay safe and enjoy seeing this unique piece of firefighting equipment."

So this is what we saw when we were at Amistad.  We regretted not getting a picture as the tanker dropped its water load, but it was really a neat sight to watch, especially since the water looked more like smoke.  This plane dates back to 1938, has a 200 ft. wingspan, can take on 6,485 gallons of water (Phillippine Mars can take on 13,200 gallons), and was originally commissioned for the U.S. Navy.  Originally, there were seven built, but today, only two remain, the Phillippine Mars and the Hawaii Mars, which is the one we saw at Amistad.  We saw the helicopter, but it wasn't in the area of immediate support, and it was long after we saw the air tanker that we saw the helicopter. 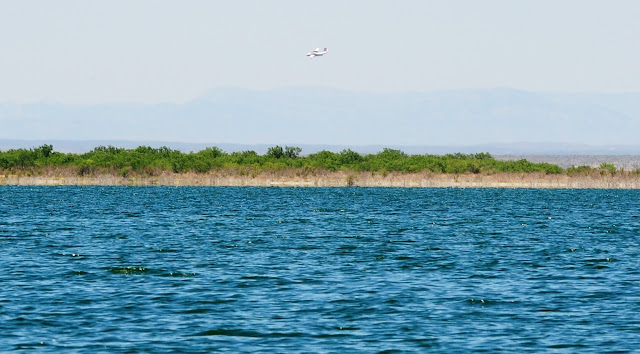 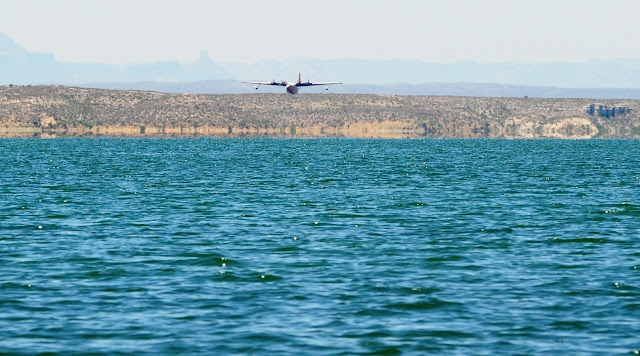 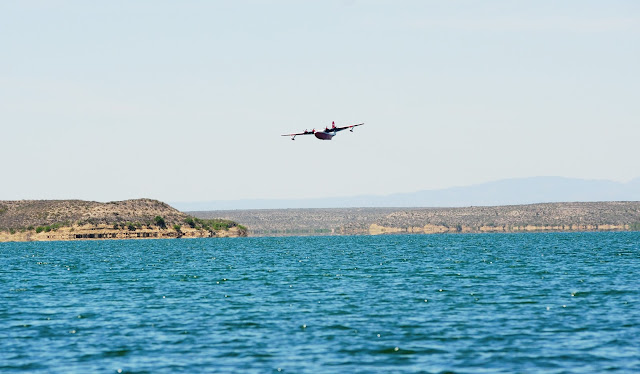 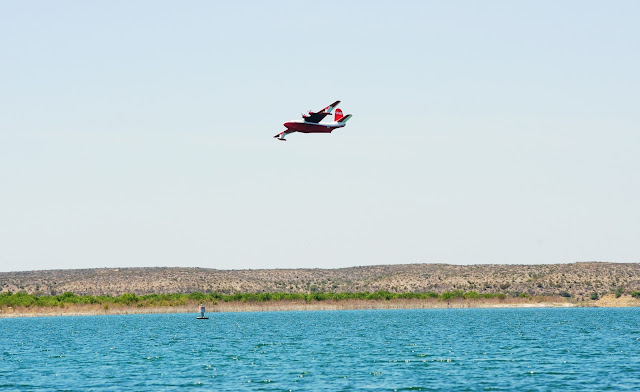 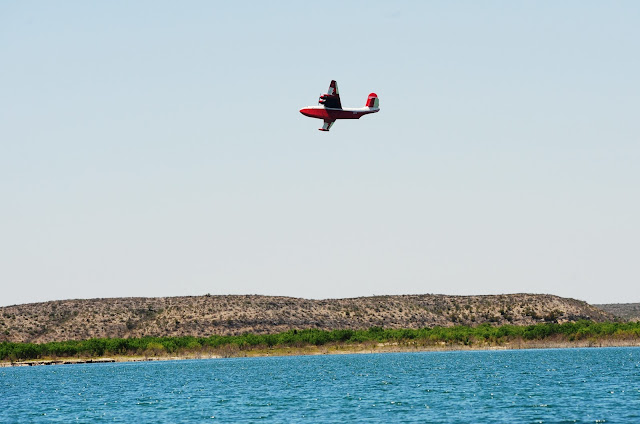 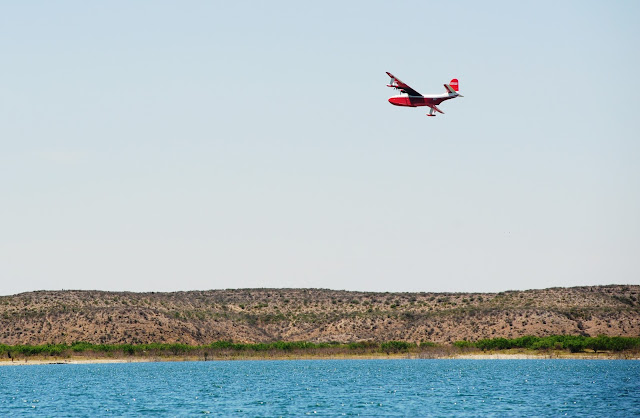