I participated in the Mariner Sails Women’s Only Kayak Fly Fishing Tournament held at Lake Athens.  Cody and I spent the night, since we were awakening at 4:30 to check-in at 5:30 and be on the water at 6:00.  However, prior to going to the tourney, we assembled my birthday present, a Malone Kayak Trailer!!!  It was something I really had been wanting, as it is easier to haul, load, and I can operate it by myself.  We had a good time assembling it, until we ran out of shade.  It is a little hot with no relief scheduled for the tourney—ugh! 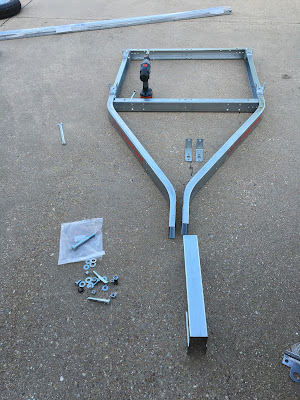 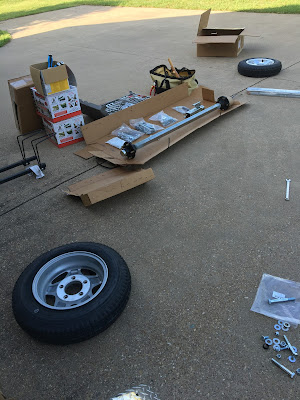 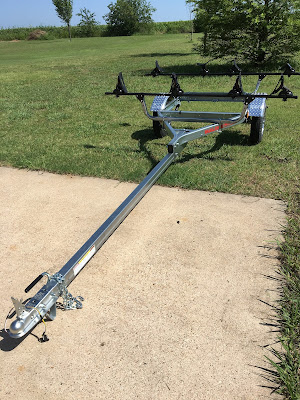 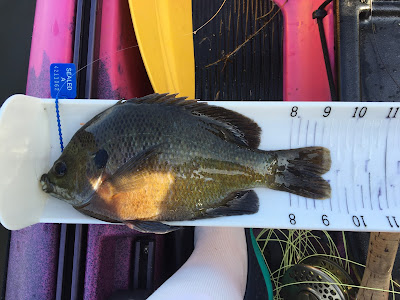 We got out on the water, and I fished some areas that looked fishy but just weren’t producing.  So I headed to our Sunfish spot in the hopes of finding some Largemouths.  No such luck, but I kept working my way down, and eventually, I found a nice topwater bite.  I caught one Largemouth, but then the topwater action died down.  I made my way all around the lake fishing to shorelines and eventually ending up at the dam.  I caught some really nice Sunfish weighing just under a pound, but I needed weedguards on my fly, as the grass was out of control! 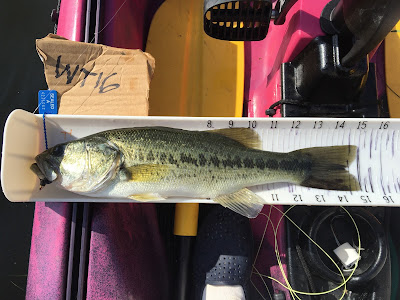 I placed 7th with my one bass, and even though the tournament ended officially at 2:00 pm, ladies started heading in early due to the heat.  I fished up until 2:00 and had not realized the announcements were already beginning, because I was the only who didn’t show up early.  Come to find out, most fish were caught prior to noon with three caught afterwards.  Big Bass, a hare over 10 pounds!! was caught around mid-morning under a dock in all kinds of grass and brush.  I ended up winning a pair of gloves and a cap.  All-in-all, it was fishing, and I did catch fish, just not enough of the right kind.  Glad to take a break from school, fish, get out of the heat, and head for home.
Posted by flyfshrgrl at 7:00 PM