Cody planned and planned our August trip to view the eclipse in its totality.  Originally, for many, many months, we were headed to Missouri, and then, at the end of July, Cody informed me we needed to go to drier climates to avoid cloud cover.  After studying totality length and time of day of totality, Cody settled on Nebraska. 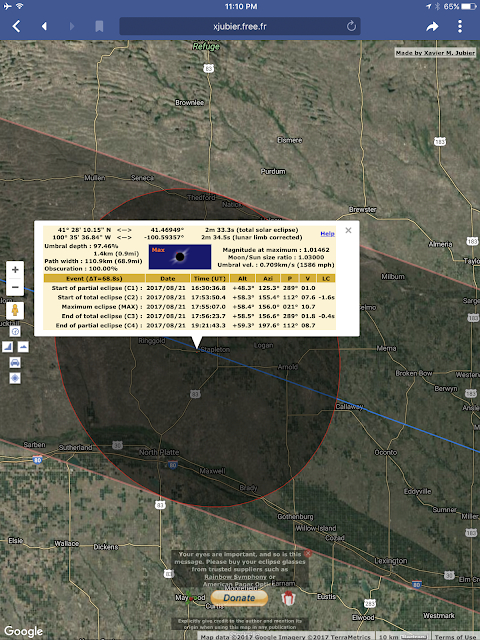 Hoping to avoid crowds, traffic, noise, and wanting an unobstructed view, Cody chose the small town of Stapleton, population 305.  Finding a place to stay in Stapleton was not so easy, because everything was booked.  However, Stapleton planned and planned well, and they had a wonderful Chamber of Commerce Facebook page where land and homeowners were offering a place to stay on their property.  We ended up at the Bar 11 Ranch, home of Kristy and Jim Opela, about nine miles west of town.  What wonderful hosts the Opela's were, allowing us to bring our RV on its maiden voyage trip and for Cody to set up his telescope equipment.  We enjoyed the town's parade, craft fair, rodeo--seeing some events for the first time, such as the Porta Potty Pull.  During the rodeo, storms developed in the east and provided Cody with the opportunity to take some fabulous lightening photos. 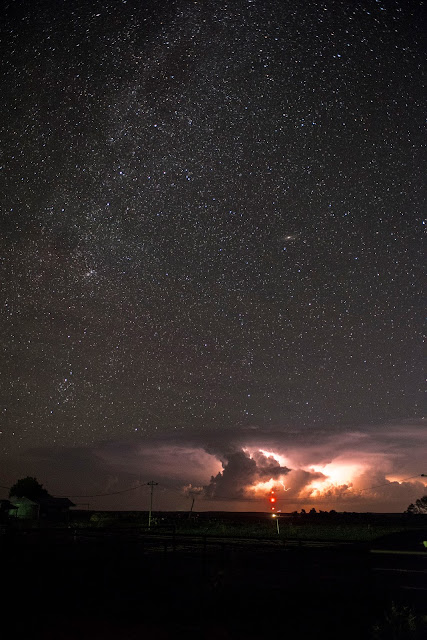 On the day of the eclipse, all preparations were readied, all weather apps and forecasts studied, and recording equipment in place.  We awoke at 9:00 a.m. to dense fog with maximum 20 feet visibility, so we watched weather programming on t.v., and made the decision to stay put and photograph what we could.  We had a great time, recorded many things, and Cody snapped some great photos in spite of the day's beginnings! 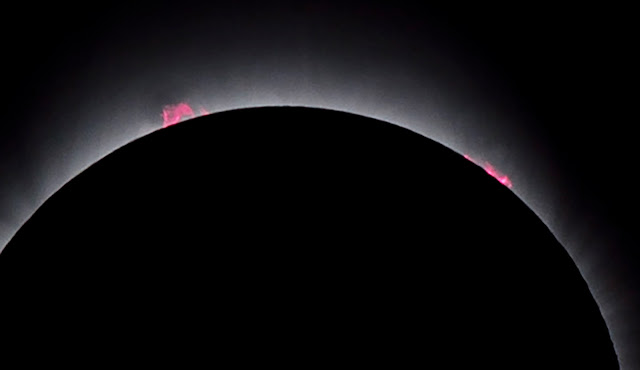 I was curious as to all things that would occur during the eclipse--shadows, animal reactions, temperature, humidity, and light-to-dark-to-light, so I took readings and videos of some of these events.

The last of eclipse totality and the quickly emerging sunlight. 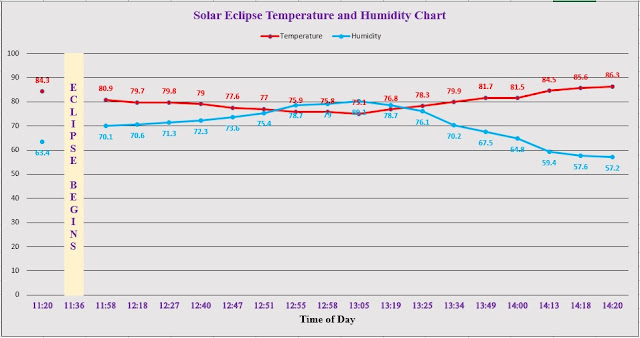