For the second week-in-a-row, Saturday found me attending another memorial to celebrate the life of a friend departed.  Many fly fishing friends gathered at Loy Lake for Big Dale's memorial, friends whose faces are growing less in numbers as the number of years shared increases.
Attendees were fortunate to meet Judy Wilkinson Hooten, Dale's younger sister.  Judy shared many memories of their childhood and growing up in Texas, and while we called Dale "Big Dale," Judy knew Dale as "Big Brother." 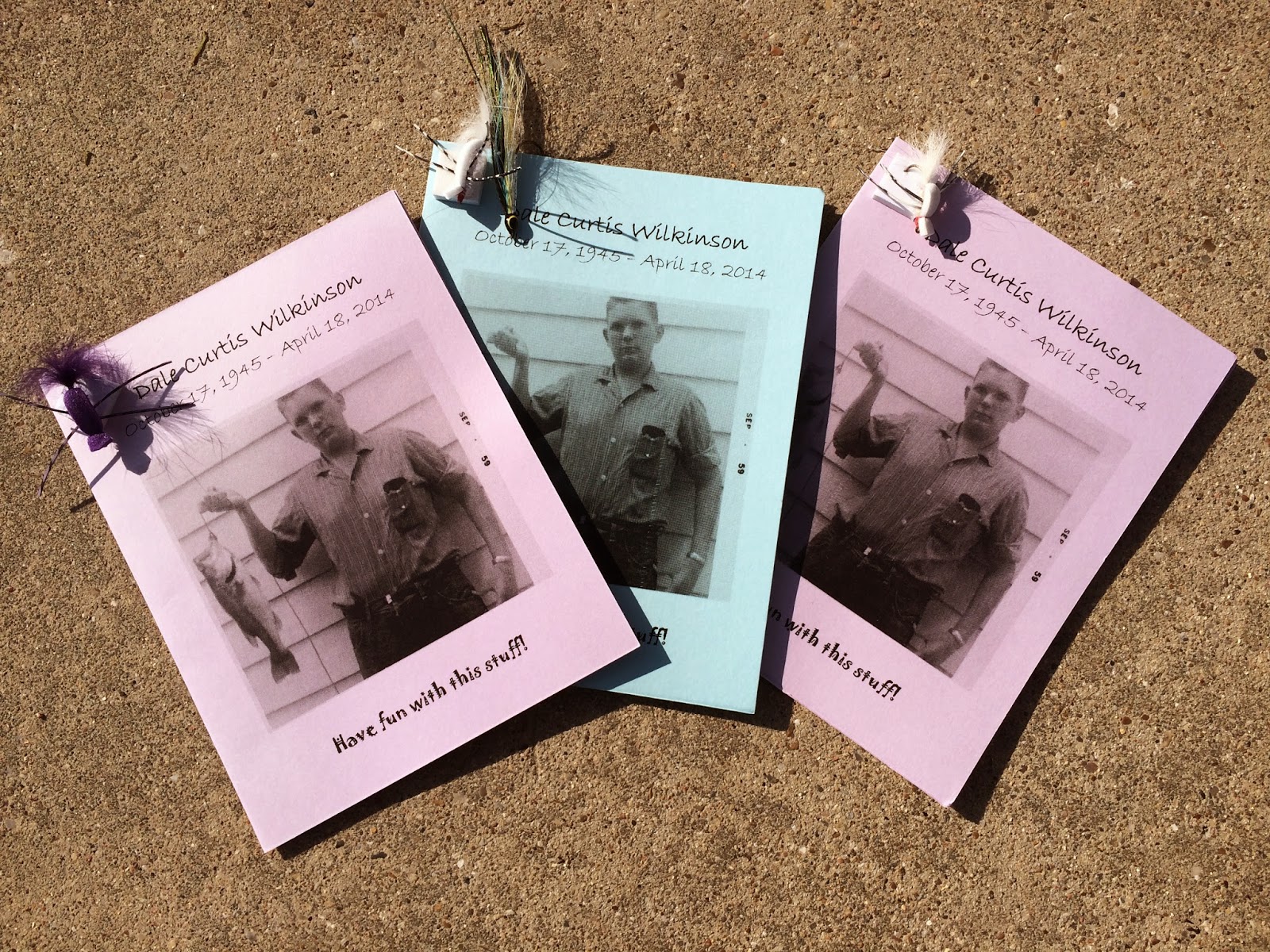 Judy and her dear friend Susie displayed a wonderful picture collage of Big Dale's lifetime enjoyments and embellished with flies he tied. They shared with us Big Dale rarely took photos of people; instead, his photos were of places and its history--Yellowstone, motorcycles, interesting signs, and places.  Our program had a great photo of Big Dale in his pre-teen years finally catching the Largemouth Bass from Loy Lake that he and his Daddy had named "Big George."
We heard from his long-time friends Richard Harmon and L.C. Clower.  We all knew Big Dale to be a generous, kind, and funny soul, and from what we heard, Big Dale spent living his life that way.  Each program had a Cap Spider fly tied by Big Dale attached to it; we were given a Big Dale chartreuse Cap Spider, and then, Cody (who lost the bidding on Big Dale's Blonde flies at the Fort Worth auction but was kindly and surprisingly given them by Dutch, the winner), graciously shared Blondes with everyone.
After a toast and shot of Jameson Whiskey, which Big Dale told L.C. to not let go to waste, we walked to the Brim bed on Loy Lake's north shore point, and L.C., Judy, and Richard helped spread Big Dale's ashes on his favorite waters.


Judy graciously ate lunch with us, received a text message during lunch, and said it was from Big Dale--he was treating.  We don't get together as often as we used to do, but Big Dale brought us together on a gorgeous day, let us meet Judy, who shares a strong resemblance to her brother, and still gave us flies with which to land fish.  I know he was smiling and laughing at us as we celebrated his life and our memories of him.
After eating with friends, Cody and I headed to Ennis' Old Ennis Lake to cast Big Dale flies and catch fish in his memory.  Cody caught four Largemouth Bass and two Brim, and I caught two Largemouth Bass.  Big Dale was known as Brimbum on the Texas Fishing Forum, and we did as he always reminded us "Have fun with this stuff!" 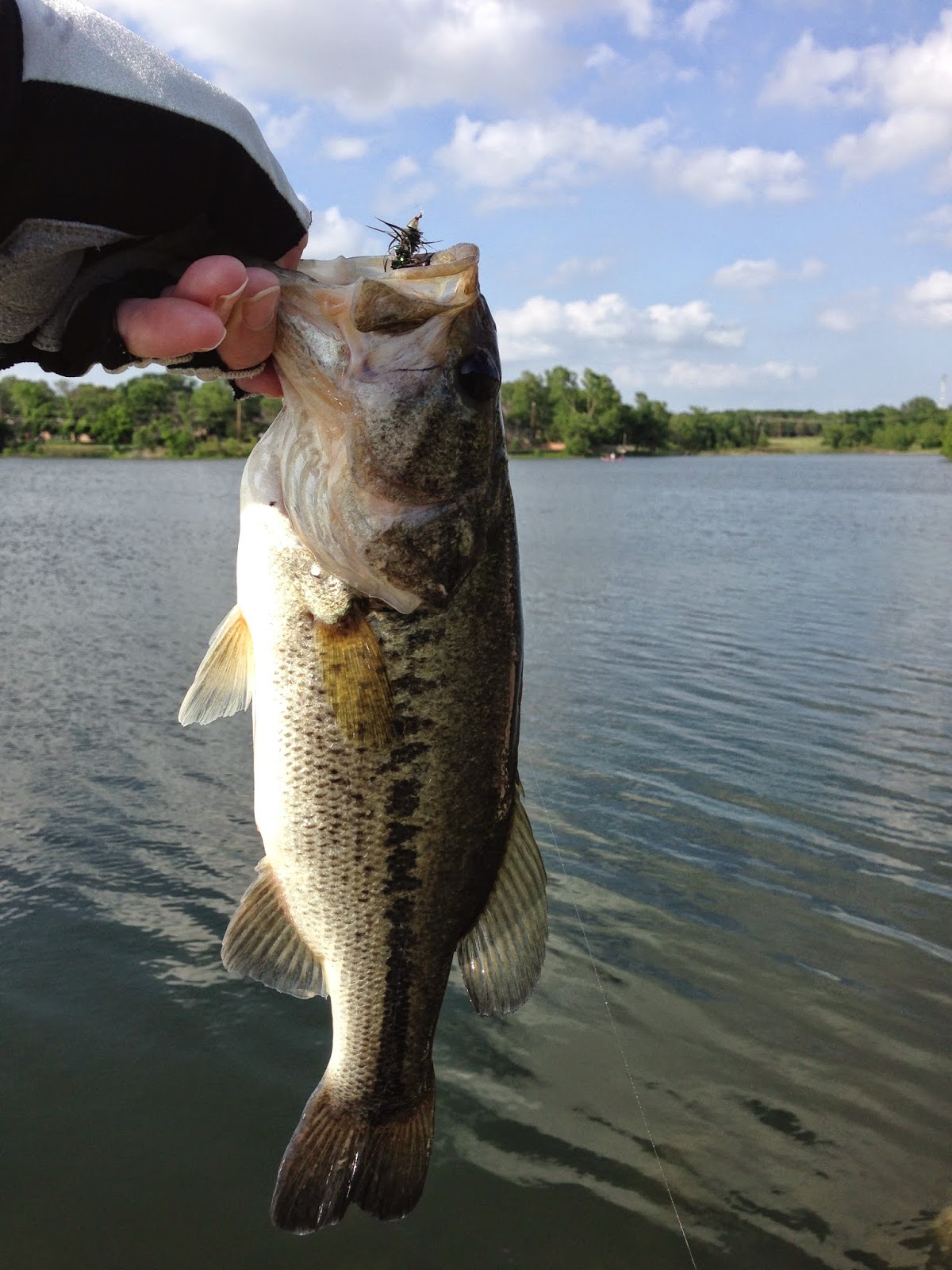 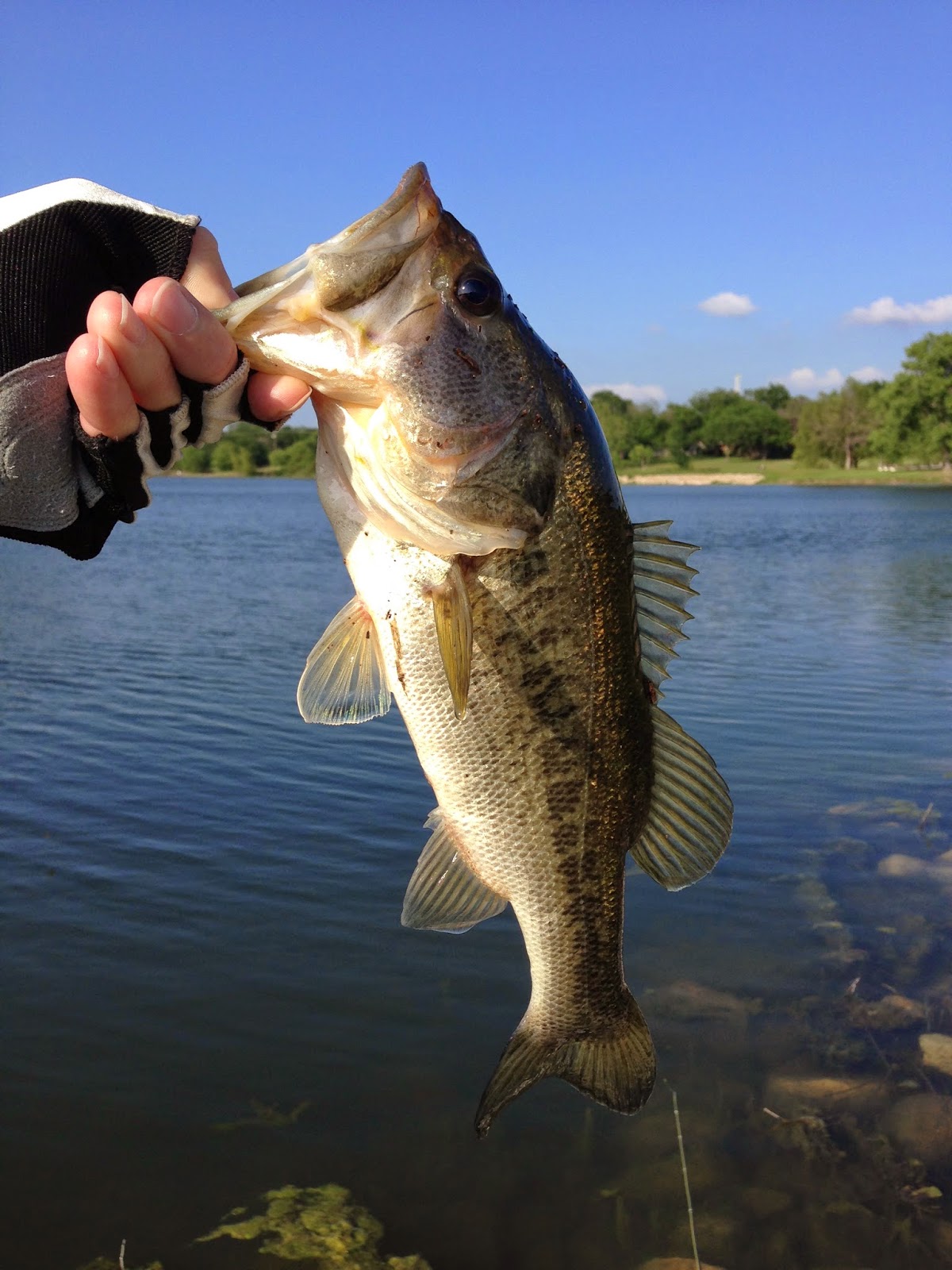 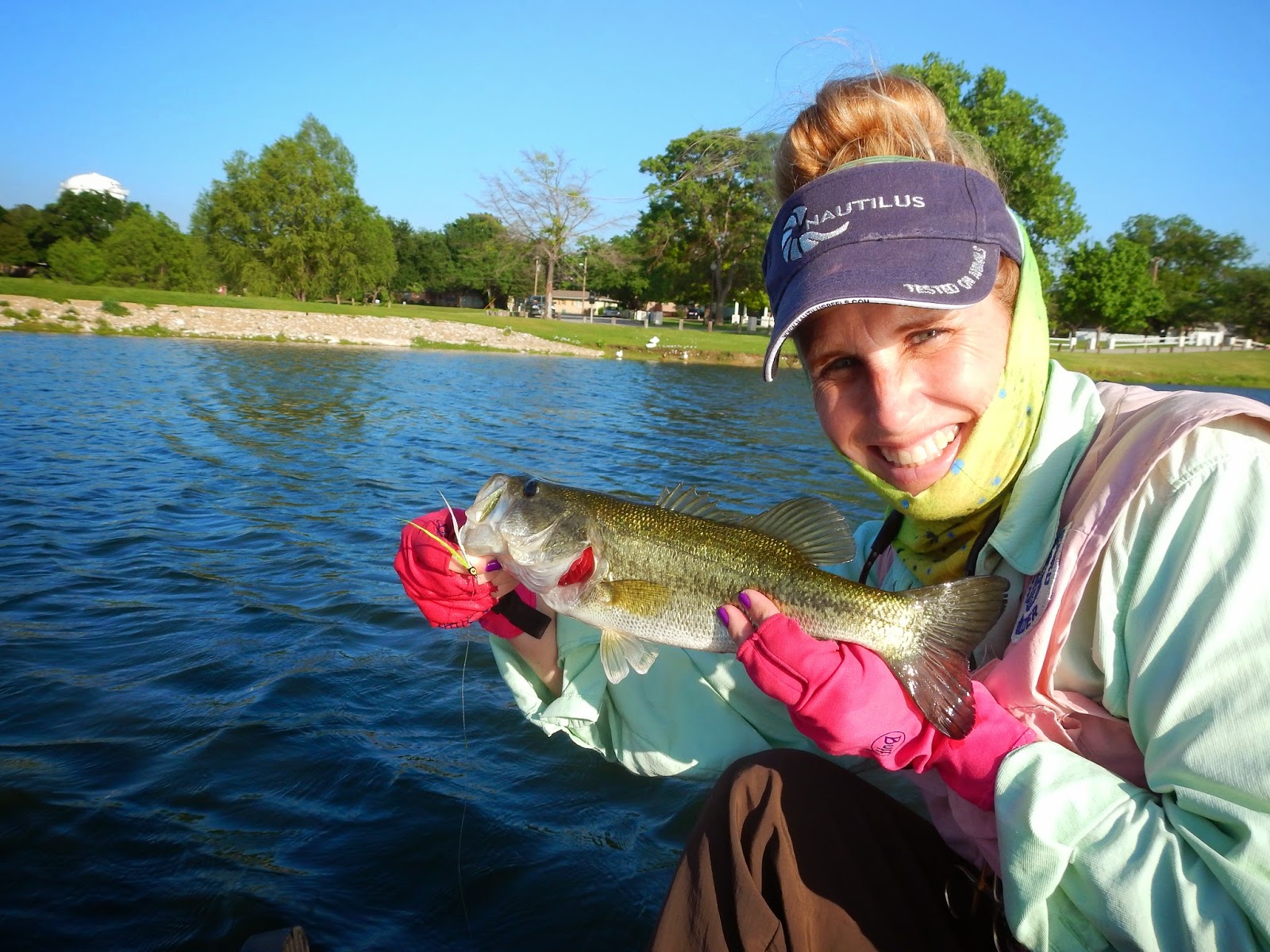 Posted by flyfshrgrl at 7:03 PM