Between Cody and me, we have three kayaks and one canoe.  Storing all this outdoor gear is not an easy task; however, the canoe and the Wilderness Kayak are stored and off the ground, so this is storage for two Native Slayer Propels--Lizard Lick is a 10 and Gator Bait is a 13.  After visiting Fishing Tackle Unlimited in Houston on 6 February 2016, we decided how they store their kayaks on the floor was a viable means for us, too.  We set out to Lowe's to acquire our needed materials and headed home. 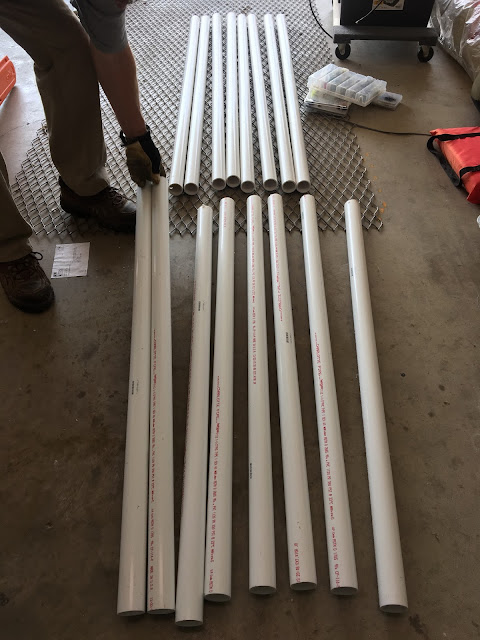 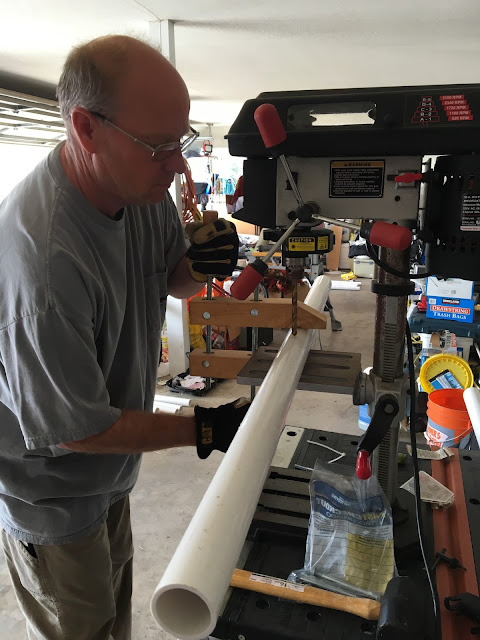 Assemblage:
We found the ground the best surface to assemble the frame, because it provided a relatively flat surface on which to work and guide us.  This adhesive drys VERY quickly.  Avoid "screwing" or "twisting" the pipe into the elbows; instead, slide the pipe into the elbows pushing at opposite ends against one another while keeping the pipe flat on the ground.  Purple primer both ends first (elbow opening and 5 foot pipe end), then orange cement over the purple primer, and insert the pipe. 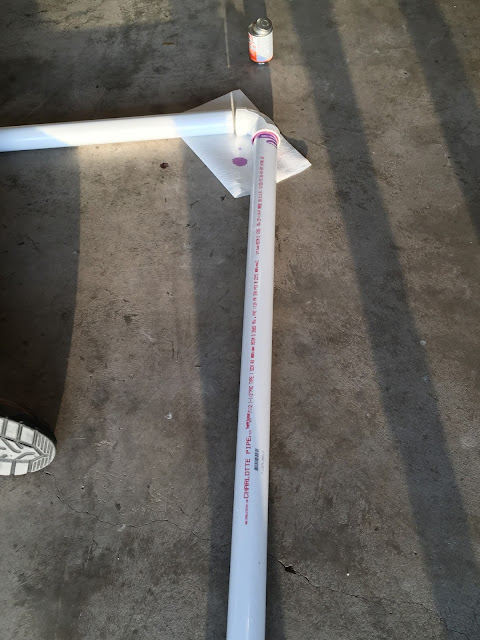 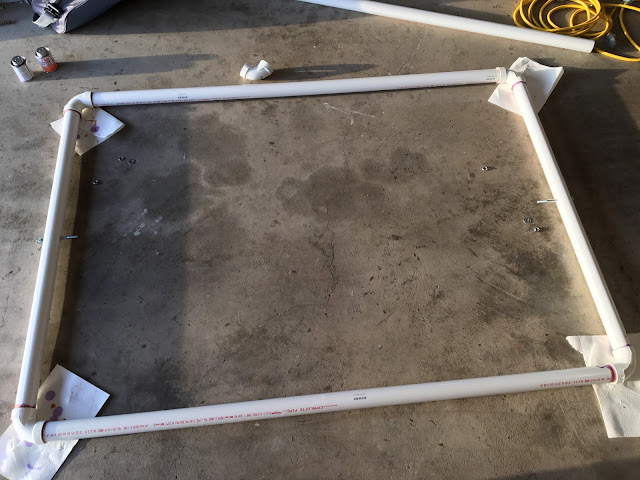 Repeat all the steps to make a second rectangle, BUT the last step highlighted in aqua.  DO NOT DO THIS STEP!!  (If you do, you will not be able to assemble the two rectangles together. 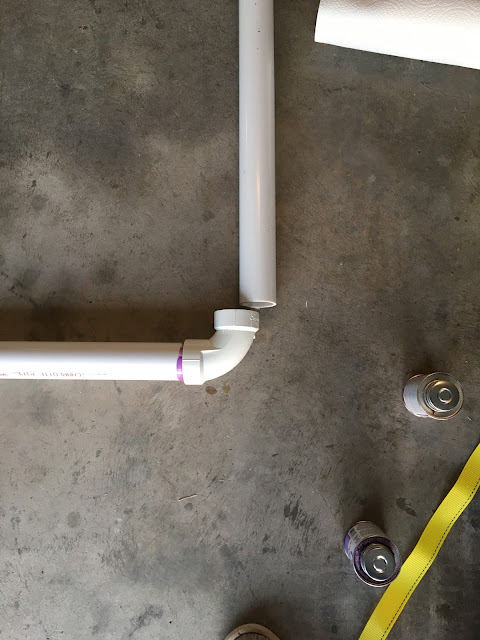 Now you should have a kayak stand.


Our kayak dimensions are:

With trial-and-error, it took us approximately five hours to complete the project.  Hopefully, this blueprint will eliminate about two hours from your completion.  This is a two-man job!
Posted by flyfshrgrl at 11:09 PM