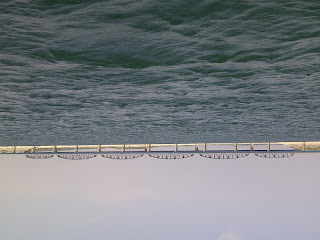 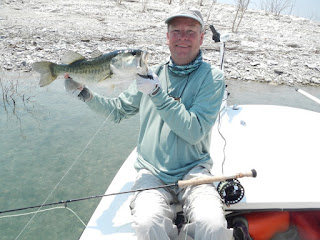 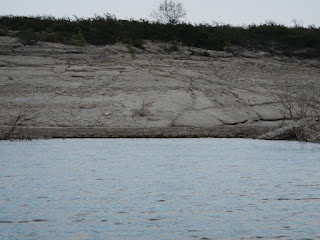 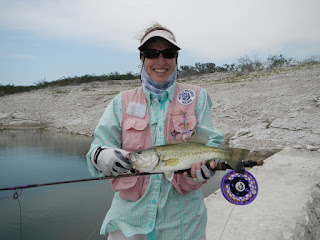 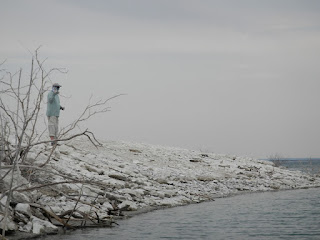 Dark clouds filled with rain, lightening, and thunder loomed on the Mexican side just behind the dam, so Cody checked the weather GPS.  Deciding not to press our luck by waving a 9 foot lightening rod, instead of casting a fly rod, we headed back to the boat ramp.  No sooner had we arrived than five other boats showed up, while one decided to launch.  Cody talked with folks in the other boats, and only one guy had caught five fish.  Everyone else caught one or none, so I guess we upheld the average for Diablo East.  The barometric pressure was changing, and even though we had a mostly full moon, finding the fish, much less catching the fish, was extremely difficult.  It was strange to be off the water before sunset, and with a 60% chance of rain during the night, we hope the fishing picks up at Box Canyon, Tuesday.
Posted by flyfshrgrl at 10:17 PM